The St. Johns County Clerk of the Circuit Court and Comptroller’s office will be closed on Thursday and Friday, Dec. 23-24 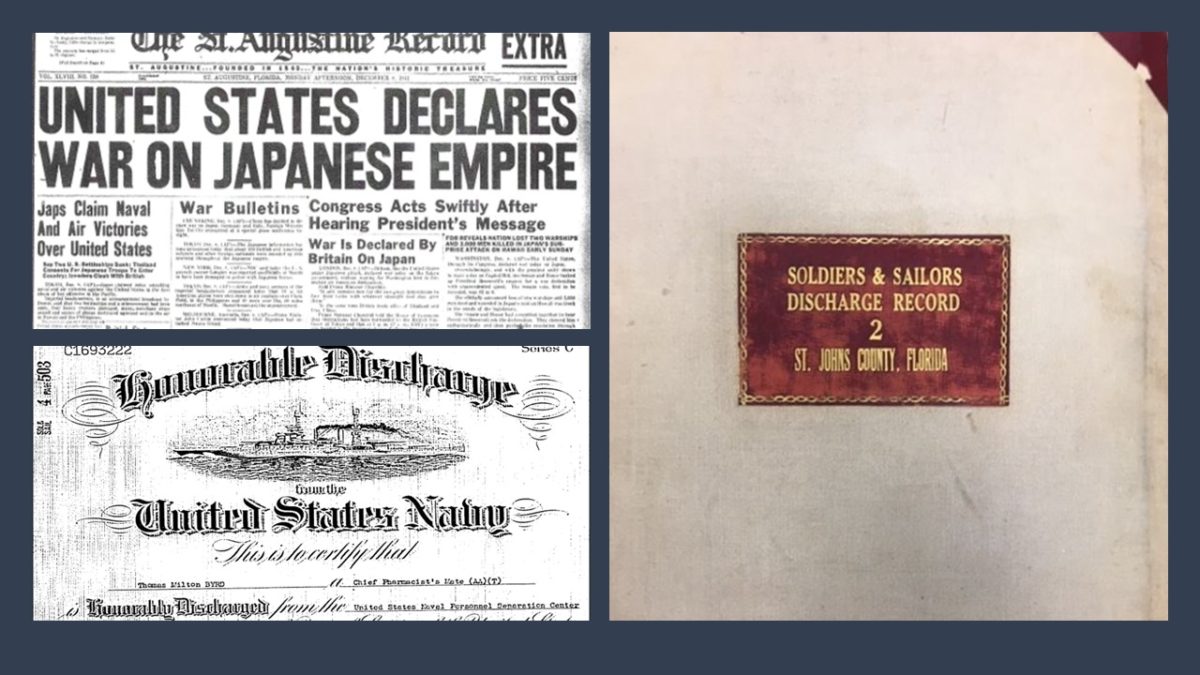 “St. Johns County residents responded to the Japanese attack on Pearl Harbor like millions of other Americans — by lining up to enlist and joining the fight,” said St. Johns County Clerk of the Circuit Court and Comptroller Brandon J. Patty. “We are thrilled to share some of their stories of service through their discharge papers with this virtual exhibit.”

The “Greatest Generation” exhibit features a few of the thousands of discharge documents recorded with the Clerk’s office. Since late 1919, a year after the end of World War I, the St. Johns County Clerk of Courts has recorded military discharge papers.

Clerk Historian Dr. Susan Parker assembled county records, including World War II discharge documents and newspapers, for the online exhibit showcasing the men and women of St. Johns County who served during that period, including:

The “Greatest Generation” exhibit can be found online at stjohnsclerk.com/pearl-harbor-veterans.

The Clerk’s office encourages the county’s 20,000-plus veterans to record their discharge documents with its Recording Department, securely and free of charge.

By recording your discharge document — these days called a DD Form 214 — you are filing it for safekeeping and easy future access. Military discharge records are protected for privacy and do not become public record for 62 years after separation, per the National Archives.

Original DD 214s can be filed at no cost with the clerk’s Recording Department, located in the Richard O. Watson Judiciary Complex, 4010 Lewis Speedway, St. Augustine. The document will be digitally recorded onsite and returned to you immediately.

For additional information or assistance about recording your DD 214 with the St. Johns County Clerk of Courts, call 904-819-3632. 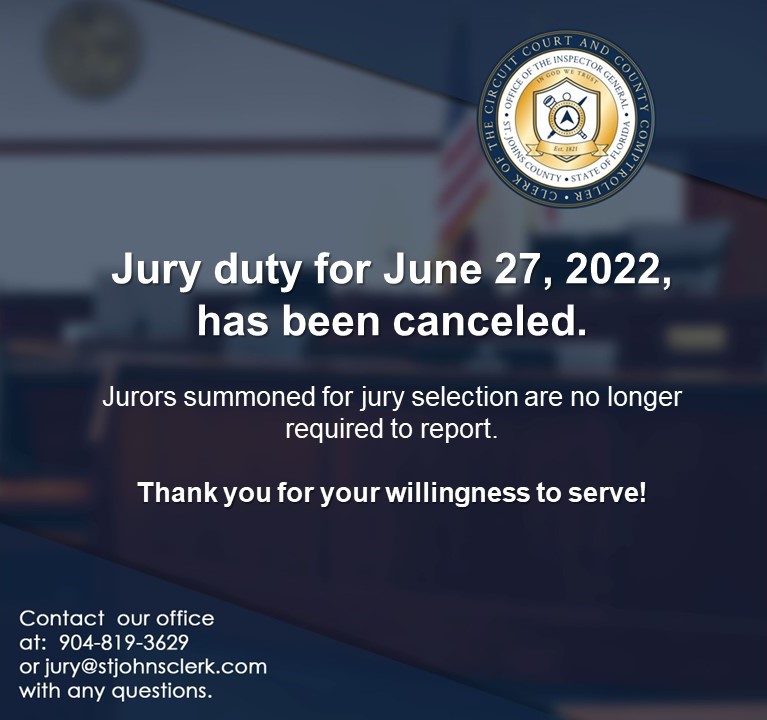 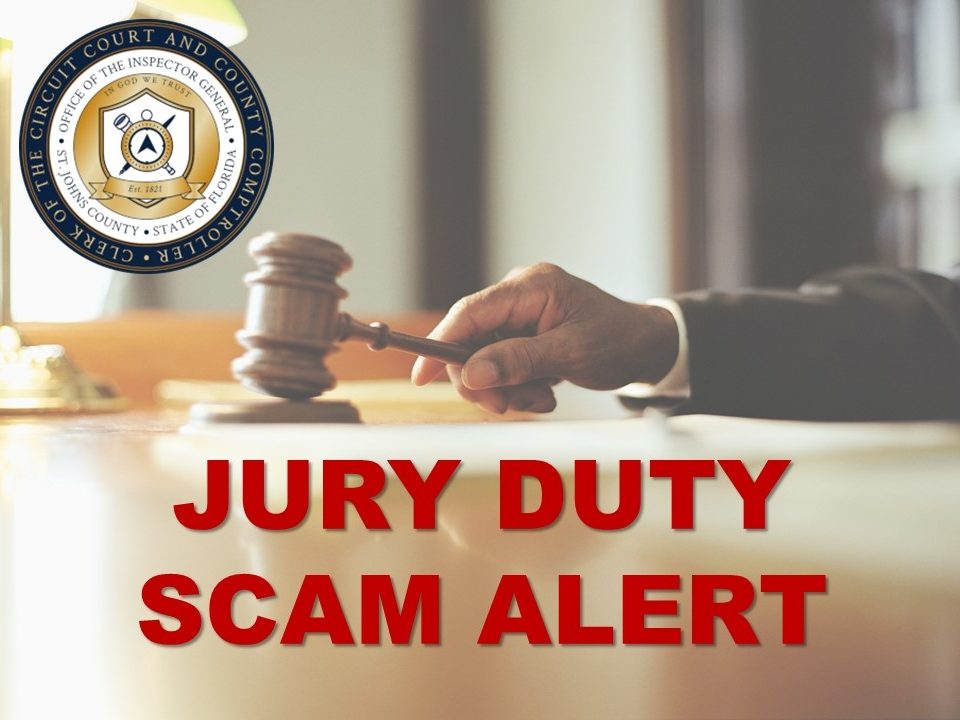